A busy musical weekend in May – two churches, two concerts 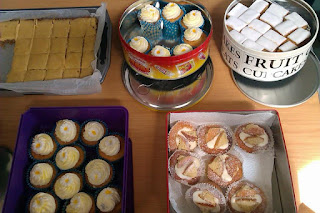 Not to mention the cake …. . Oh yes, we’re becoming as renowned for our cake as we are for our signing. Both are, we hope, good and getting better all the time. Oh, that reminds me of a Lennon-McCartney number and that’s appropriate too – we do a couple or three of those. Yes, we did both days.

Concert number one was at St Ninnian’s Church, Wilbraham Road, Chorlton on 21 May 2016. This was a part of the Chorlton Arts Festival and this was out third year of participation. We’re never sure on occasions like this whether we’ll get audience. Last year and two years ago we offered a free concert. This time we made a modest charge.

We needn’t have worried.  We had an audience and a very good one at that. They were fun! I was very impressed with one young woman who arrived really early. “I want to make sure I get a good seat,” she said. She did. Right on the front row. She had three young boys in tow, so she’d had to pay quite a bit.  Mind you, her youngsters  really enjoyed the cake.

At both concerts the audience was invited to join in.

“It’s so interesting to watch them when he (she means Jeff, our musical director) does that,” said one of the tenors. “They look so scared to start with and then they really get in to it and enjoy themselves.”
Yes, I thought, GPs should prescribe it. I’m sure if they made joining a choir compulsory all of the NHS’s problems would go away. Well, a lot of them anyway.

Our second concert in a church, on 22 May 2016, was entirely different. Except for the quality of the singing and the cake, of course. St Ninnian’s is an older, very traditional United Reformed church.  We performed in the evening. We had tea and cake at the beginning. St Mary and St Philip Neri, Radcliffe, is a modern, light and airy, Roman Catholic Church. We performed in the afternoon. We had a traditional interval for tea and cake. The audience was especially invited by the church and the concert was to celebrate the anniversary of the opening of the new building. A retiring collection was taken for the building fund.

“We had a hundred leaflets made,” said one of the ladies who helped with the tea, “and we asked people to take one if they were interesting in coming. They all went.”

Tat would seem about right. We had quite a packed church.

There was one awkward moment. “We’re now going to do Somewhere Over the Rainbow.” No we’re not. We’ve only just started that. It’s in my folder which I’ve actually decided I don’t need with me here. Phew! He meant Somewhere after all, minus the rainbow, and just with “a place for us”.

Oh, my, but it wasn’t just apple cake this weekend was it? Lemon cheese cake, lemon drizzle, coffee and walnut, artistic cup-cakes, healthy (yes, healthy) brownies and Guinness and chocolate cake. Amongst others.

And musically? We’re consolidating I Will, Royals, and I Know Him so Well. We performed Groovin’, on Sunday afternoon, for the first time. There are the old solid favourites of course.  Kum Ba Yah went down well in both venues and Viva la Musica tested the solidity of the new build in Radcliffe.

“I love these busy musical weekends,” said one of the altos as we left. Yep. Have to agree.
Posted by Gill James at 09:00 No comments: